Most of our last day was spent in Notting Hill. It was Saturday, so it was the Portobello Street Market, billed as one of the best street markets in the entire universe.

We arrived in Notting Hill and had breakfast at Lowry and Baker on Portobello Street. This is a small cafe and coffee shop and it was a great start and convenient for our day in Notting Hill. My love for avocado on toast, topped with a poached egg began here.

Of course, five of us separated into three groups.  The son-in-law was way out of his element here so after a short stroll among the throng in the street, he took his little daughter and escaped to a park somewhere. My wife and daughter did what they do best, shopped and pondered and talked about what they were pondering about buying. I headed down the street taking pictures, found some delicious street food, and listened to really good street musicians.

Miraculously, we found each other and headed to find some food since it was midday and we were hungry.  We settled on a nice Greek restaurant, Santorini. We had Greek appetizers and all of them were delightful.  This was very good food.

We were not done eating for the day.  We strolled over to Ottolenghi and purchased some pastries and chocolate desserts.  We grabbed some carry-out pizza and we ate our purchases in Holland Park to let our granddaughter have her exercise whilst we savored a very good pizza, some red wine and of course the Ottolenghi desserts.  Let me tell you, we definitely ended on a high note.

We caught the bus back to Kings Cross.  The next morning we said good-bye to our daughter, son-in-law, and granddaughter.  And said farewell to a good week in London.

My wife and I caught the train to Paris.  Cheerio. 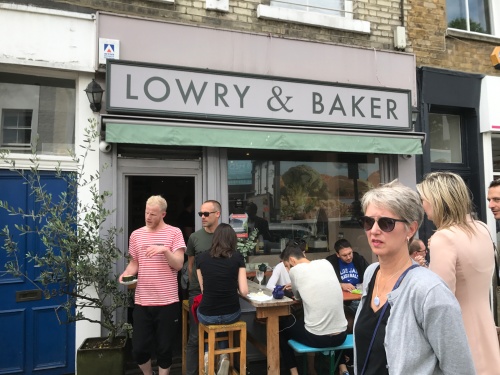 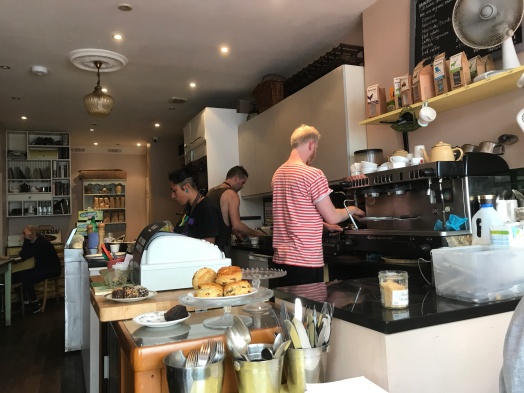 Inside Lowry and Baker 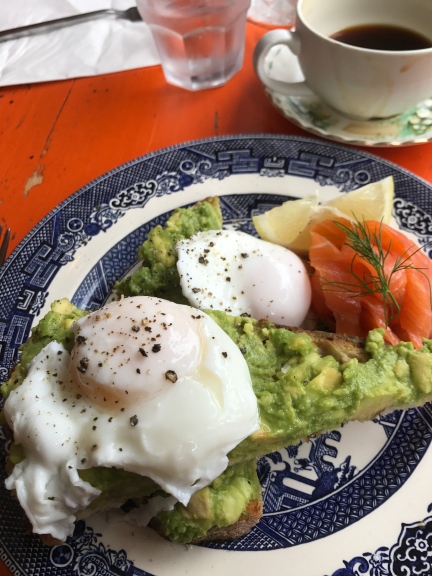 This is now my favorite breakfast dish.

This could be why my son-in-law searched for a more serene environment.

One of the devastatingly cool residents of West London.

A booth at the Portobello Street market in Notting Hill.

A street musician wailing on his guitar.

Art seen on the buildings near Portobello Street. 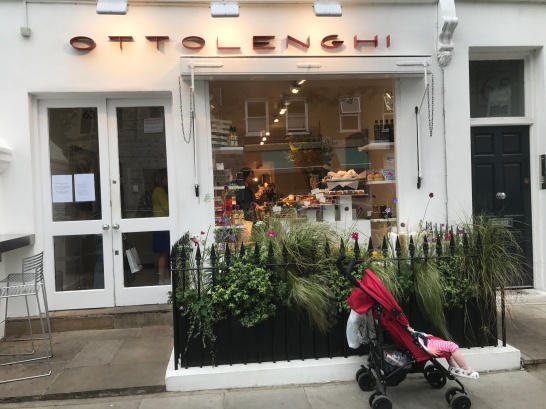 Ottolenghi in Notting Hill, the granddaughter wasn’t too impressed but all of the adults were.