Someday you will be old enough to start reading fairy tales again.—C.S. Lewis

My son-in-law booked us rooms in a castle for one night, at the request of my daughter.

When he informed me of this, I thought maybe I told her too many stories when she was a little girl about a princess with her name.  She definitely watched too many Disney movies about princesses.

I didn’t think too much about this night in the castle as the trip materialized.  While we were spending time in Salzburg, I didn’t think much about it either.   We decided to eat in Salzburg before we left for the castle. As we were eating a late dinner, by our standards not European standards, I didn’t think about it. Only when they called my son-in-law to ask if we would be present for the evening meal and tour, did I start thinking about it. I was going to miss a meal and that caused pause for reflection.

This castle is about midway between Salzburg and Innsbruck in the municipality of Reith im Alpbachtal in Tyrol.

The staff was very accommodating even though they wanted us there for the evening meal and the tour.   Now I have been on vacation property tours, but it was because I signed up for a cheap vacation and had to endure a high pressure condo sale.

After spending time at the Schloss Matzen Castle, I wish we would have gotten there sooner.

The castle was first mentioned in 1167 and has undergone different renovations.  President Theodore Roosevelt was friends with one of the owners and spent much time there.

As soon as you walk through the huge doors into the open-air courtyard, you start to feel special.  We stayed on the third floor in a room by itself down a long hallway past the chapel and the knights dining room.  The rooms are large and spaced far apart, I think there are only twelve rooms for overnight guests of the castle.

Since we got there late, it took time to get the grandchildren settled in and we did not get to explore much.  We saved that for the next morning.

The morning brought a wonderful surprise as we really got to see the castle in daylight.  The granddaughters were ecstatic, running everywhere and since it is mostly stone, not too much was breakable.  There wasn’t hardly anyone staying there so the long hallways and big rooms were easy for them to explore (or as we say in Eastern Kenucky, run wild).

The breakfast that was served, was the best of the trip…so many choices of breads, cheeses, jams, fruits, bacon, sausages, soft-boiled eggs, smoked salmon, yogurt, and the very best coffee.  All of the choices were delicious and believe me, I sampled almost everything they had to offer.  The highlight of the morning was being with my granddaughter when no one else was there and she was so excited to see all of the food displayed, a look of pure excitement…a girl after my own heart.

After breakfast, we toured the castle and the grounds.  All of us were wishing we had more time here.  So my advice to any of you thinking about staying here…do it and spend an extra day.

I have a few photos to show…then on to Innsbruck.

Our room is the door at the end of this long hall.

The long hall before you get to the long hall to our room. The girls loved roaming these halls.

Breakfast in this room. 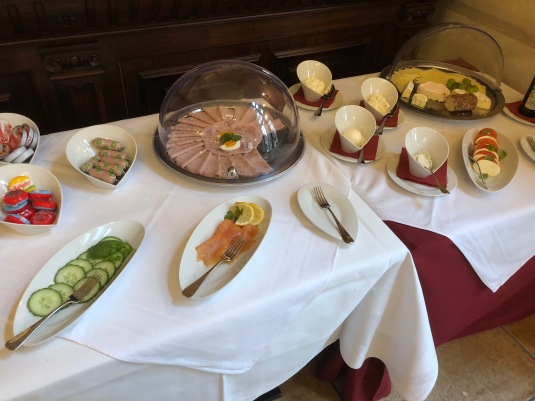 I could have stayed another night just to get the breakfast again. 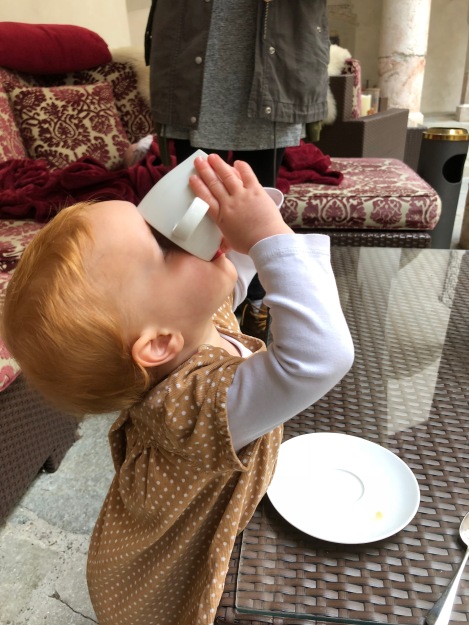 I told you the coffee was really good. 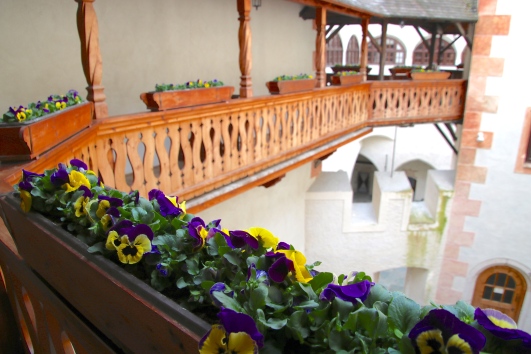 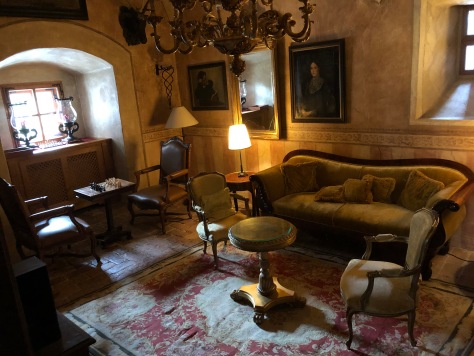 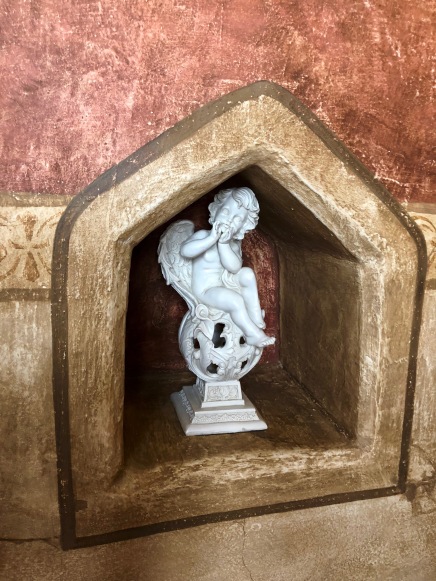 There are many vignettes of art and flowers all through the castle.

I wonder if Teddy Roosevelt is responsible for the large stuffed buffalo head. 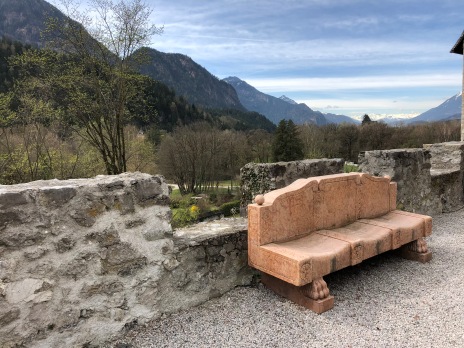 Stone couch on the grounds. 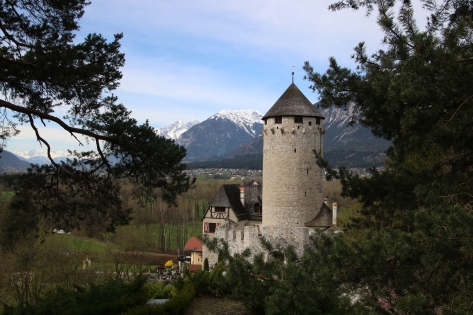