If you are in Istanbul and want to take a break from the sightseeing and want to relax, then hop on a ferry and head over to Heybeliada Island.  This is one of the Prince Islands, the second largest one in fact.  It sits off the coast of Istanbul in the Sea of Marmara,about a thirty minute ferry ride away.

Heybeliada Island is a wonderful  place to meander through the streets at your leisure.   There are no cars, except for service vehicles.  The late afternoon sun gave us wonderful lighting to explore this island of wooden houses and store buildings, many built during the late nineteenth century.

I was drawn to a bygone time as I walked the hilly streets and thought of all the families that summered there away from the big city.  I thought about how much I have in common with these folks that desire to live on this island, where the cares of life seem far away.  The feel is definitely more relaxed here on Heybeliada Island and worth a day away from the city.

Leaving the city of Istanbul behind for a relaxing afternoon.

The Greek Orthodox Church of St. Nicholas, built in 1857. 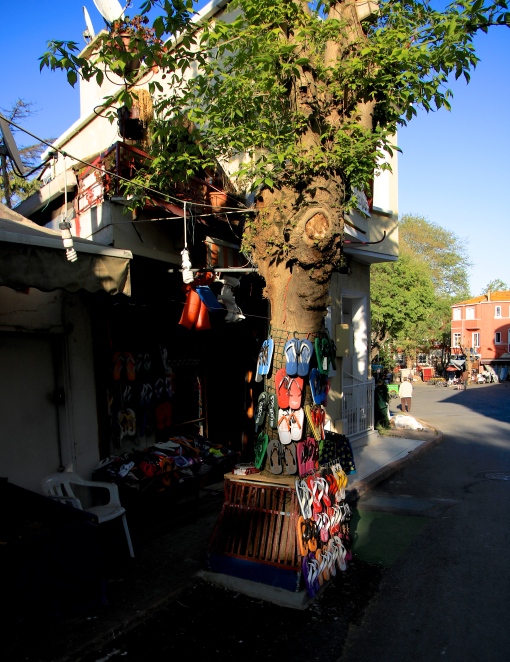 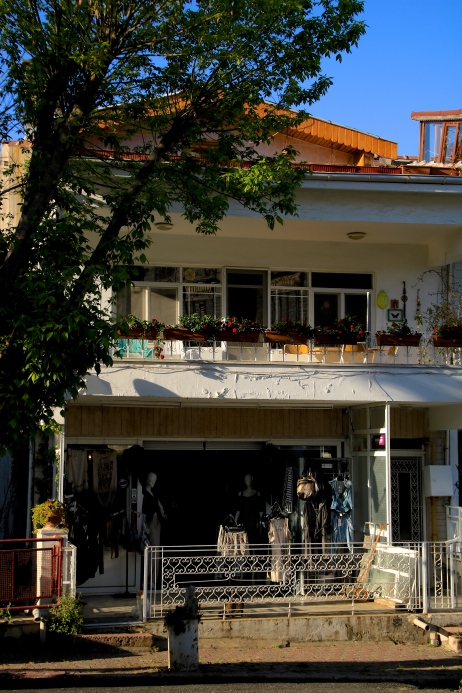 A shop now occupies one of the old houses. 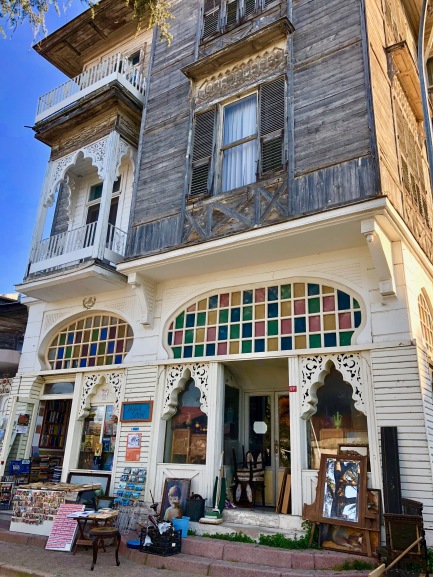 Beautiful architecture of old houses. Many are now shops. 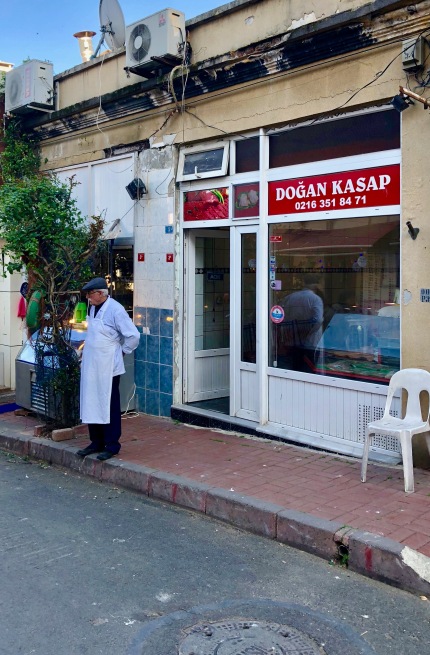 Taking a break to check out the activity on the street. 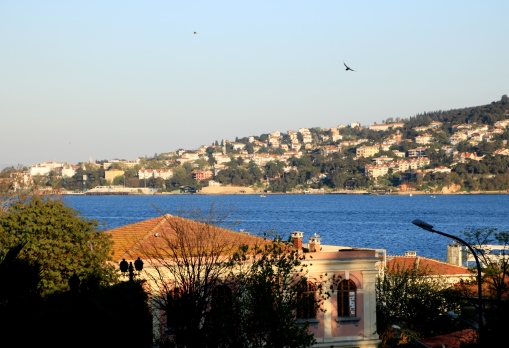 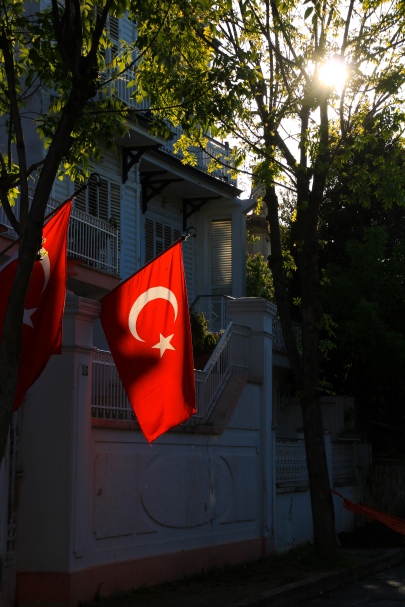 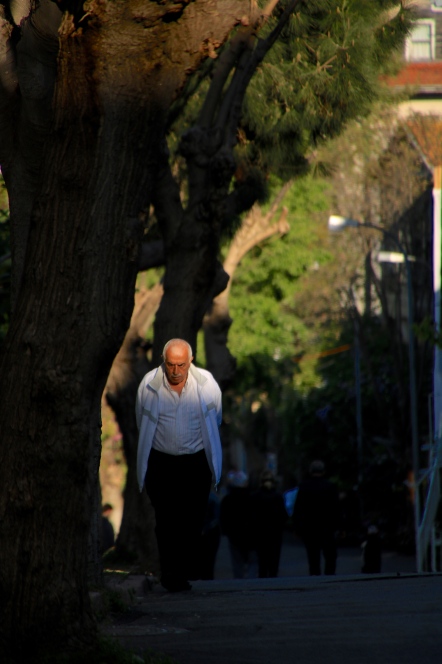 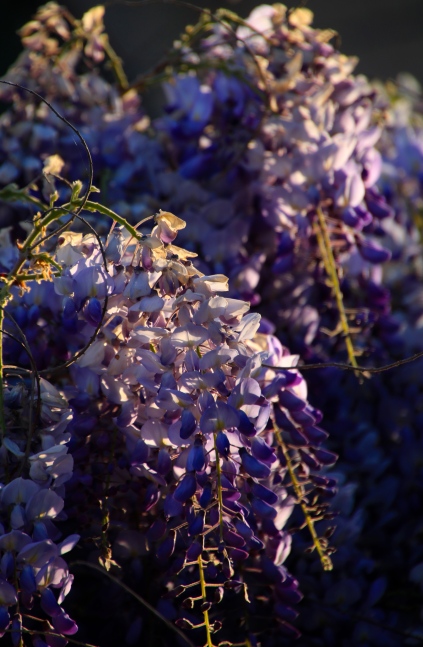 In April on Heybeliada, wisteria was in full bloom.

See the cat hidden behind the molding? 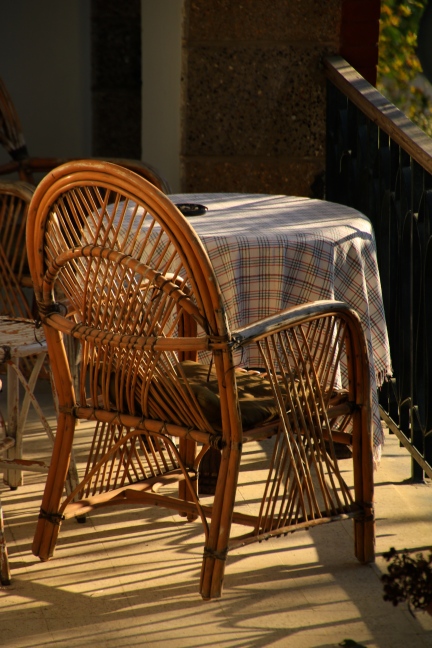 A welcoming chair and table awaits on a deck. 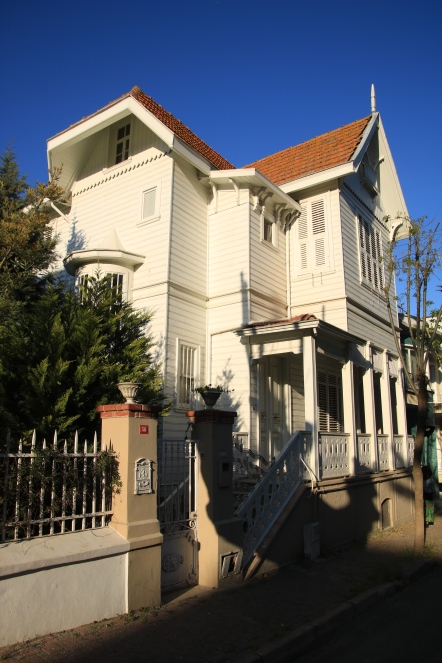 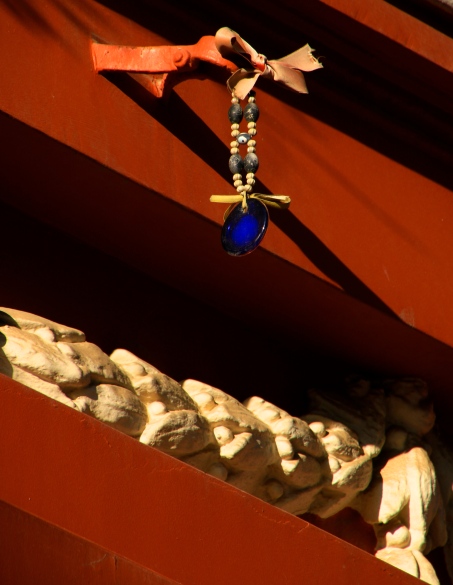 A ferry awaits to traverse the Sea of Marmara.

We had a late dinner on the pier before heading back to the Asian side of Istanbul.