Barbecue may not be the road to world peace, but it’s a start—Anthony Bourdain

In the past few years I have associated good barbecue with going on vacation.  I would seek out the best barbecue joints on the way to the beach or wherever we were going.  Sometimes this took a lot of research and extra drive time, much to the exasperation of Mrs. Big Surf.

Now I just have to cross the bridge from West Liberty into Index, for the barbecue gods have looked down on Morgan County, KY with big messy, saucy grins.

Larry Lewis and his wife Julie have opened Blaze BBQ & Wings.  This is a small food trailer.  They will be set up at Fannin’s Market in Index..The days of operation will be Saturdays. I think the menu may vary from week to week.  This past Saturday was the opening of this new venture. There hasn’t been this much buzz about town since the Freezer Fresh reopened after the tornado. Consequently, so many folks came to Index that the food was consumed too quickly.  This was a great testament to Larry’s reputation in our small community.

We joined the line on Saturday for a later lunch, hoping the line would not be as long.  This strategy back-fired because the wings had already been eaten up.  However, those of us in line did get a sample.  Larry sent what was left of the wings out into the line for a sample. It was a good gesture on his part.  The wing I ate was soooo good.  The barbecue sauce was thick and sweet.  I can’t wait for the full order next time.

My other strategy was for my wife and I to order meals that came with two meats and two sides.  We would each get a pork portion and one of the three choices of wings and we could sample all four sides (this looks like one of those statistical probability problems I had in college). Since the wings were gone, we could not do that, so we split up the sides.  She got home fries and regular cole slaw.  I got the Cajun slaw and Nannie Mae’s baked beans.  All sides were really good, but I highly recommend the Cajun slaw. The pulled pork and pork loin was delicious and the sauce was sweet and tasty.

I am so glad Larry and Julie are starting out on this endeavor, boosting the food presence here in Morgan County.  I hope I can eat this wonderful food for many years.  My only advice for Larry and Julie is get a bigger trailer to hold more food, they will need it.

Larry Lewis served up some really good food. As David Letterman use to say, “It was a good kind of tired.”

I mentioned Fannin’s Market earlier.  Sarah Fannin has owned and operated Fannin’s vegetable market in Index, Ky since 1995.  She has a large vegetable farm and sells the produce in the market, she also sells vegetables from a grower in another county.  The produce is always fresh and tasty.  And it always looks appealing, which is important for me when I look for produce.

Fannin’s Market has provided a really nice place for folks to settle in and eat or mingle in a beautiful location overlooking the farm.

I stopped growing my own veggies a few years ago.  The deer and groundhogs were better fed than me.  So I let Sarah grow my vegetables for me.  I still grow some herbs and a few banana peppers, for some reason the varmints don’t like them.

We have been fortunate to have Fannin’s Market for a number of years.  So before you get in line for some good barbecue, stock up on veggies, fruits, and melons at Fannin’s Market. 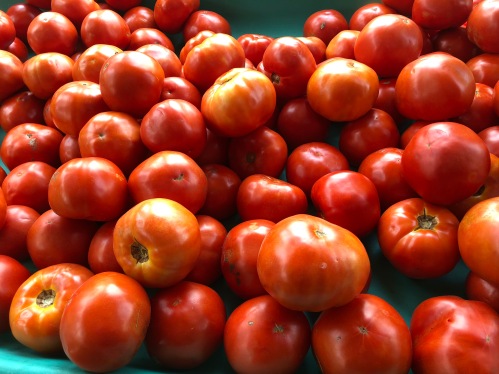 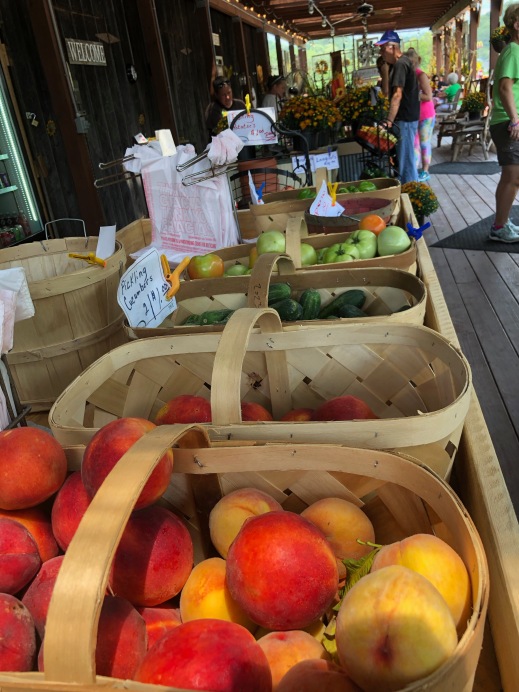 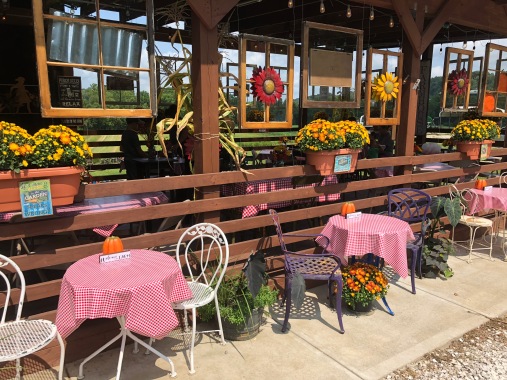