Everything has an end; only sausages have two.—German saying.

After a sleepless night for some of us, those that had two of the children, there was a rocky start to the day.  In the meantime, I went for some pastries and coffee to bring back to the room.

However, we pulled our collective acts together and ventured out for our first full day in Munich, Germany.

We left the Hotel Olympic and strolled toward Marienplatz to witness the  Glockenspiel at the New Town Hall for the 11:00 viewing.  Of course the first stop was coffee. Lucky for us we walked by Man vs. Machine coffee-house. We strolled past the Jewish Synagogue and the Munich City Museum.

The plaza was packed but the people quickly dispersed after the show.  Glockenspiel viewing works up an appetite so…we headed for something to eat.

We wanted a beer garden and found one across from the Viktualienmarkt, Der Pschorr.  We had a very good lunch and the beer was excellent.  The sausages and potatoes were the best we had so far.

After lunch, we split up.  I went to climb the steps of the oldest church in Munich, St. Peter’s.  The rest of the group rambled over to the Viktualienmarkt and then off to a cafe.  We were to meet up at the English Garden.

The tower of St. Peter’s Church gives impressive views of the city of Munich and you can see the nearness of the Alps.

We all met outside of the English Garden and went in for a nice respite from city touring.  The children loved piddling around and playing in the stream and the adults liked the relaxing part, well those of us who weren’t chasing children.

On the way back to the Hotel Olympic, we found some strudel  and a pretzel and ate them in the common area of the hotel.  It was a good finish to the day of touring, or an appetizer before heading out to our evening meal.

We ended the day with good Bavarian food at Maximilian. We had the roasted pork.  It was so good.

Back to the hotel for our last night in Munich and heading to Istanbul tomorrow. 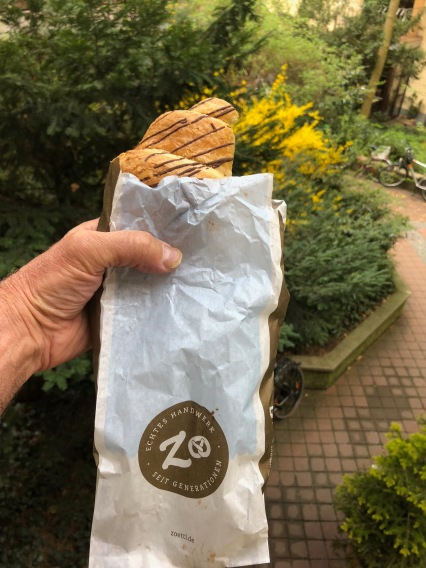 A good pastry to start the day. 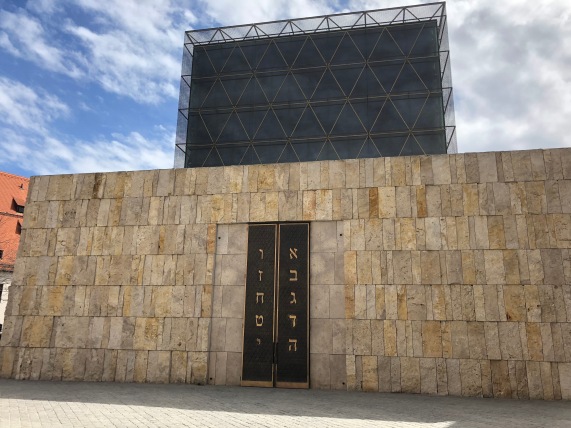 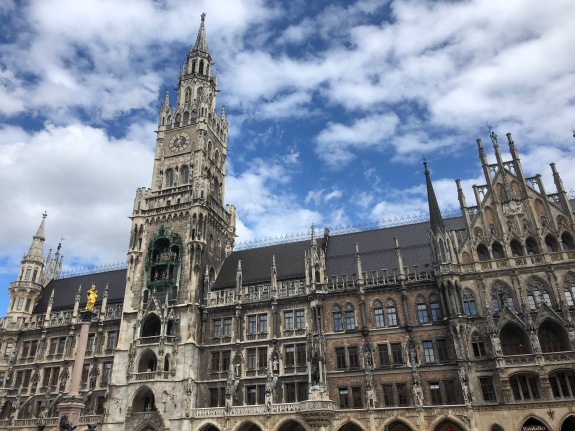 New Town Hall with the glockenspiel and the golden-top statue of Mary in the center of Marienplatz.

The glockenspiel in New Town Hall.

Der Pschorr, a really good beer garden across the street from the Viktualienmarkt.

A good beer garden has to have good beer, right?

One of the most memorable meals was lunch at Der Pschorr.

The beginning of the climb up the steps of St. Peter’s Tower.  It did open up more… for you that are claustrophobic. 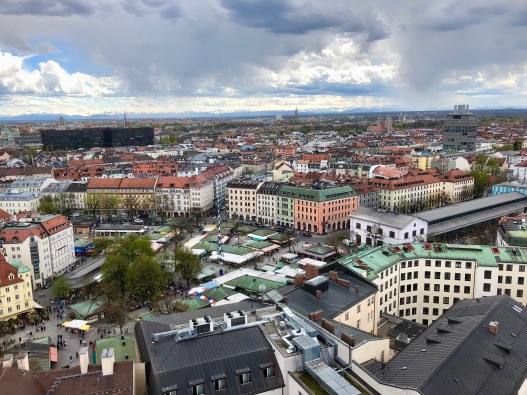 You can see the Alps in the distance.

A good time in the English Garden. 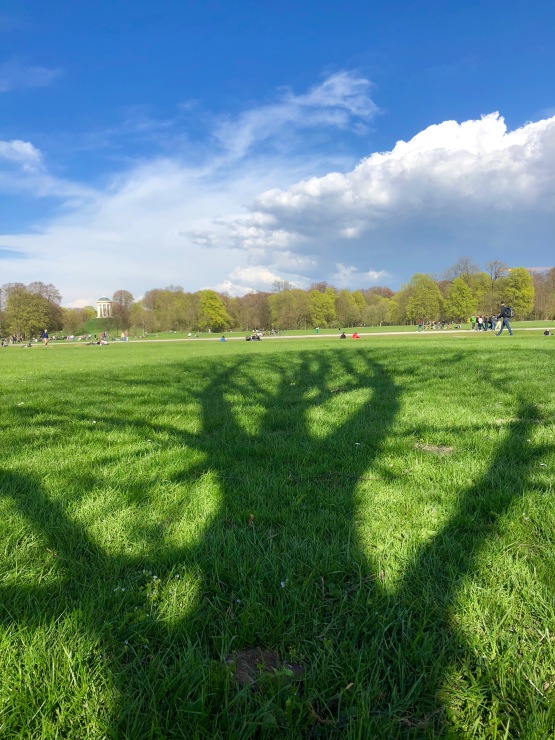 I actually took a little nap under the shade of this tree in the English Garden. 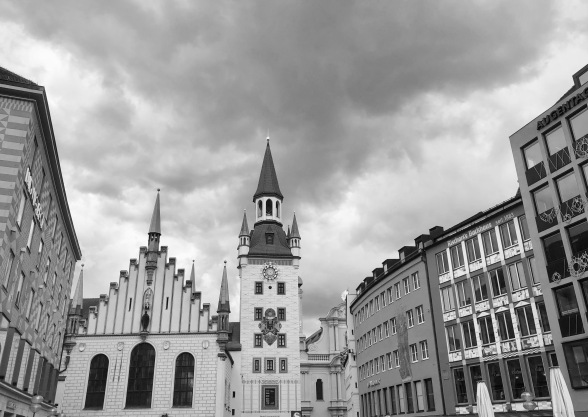 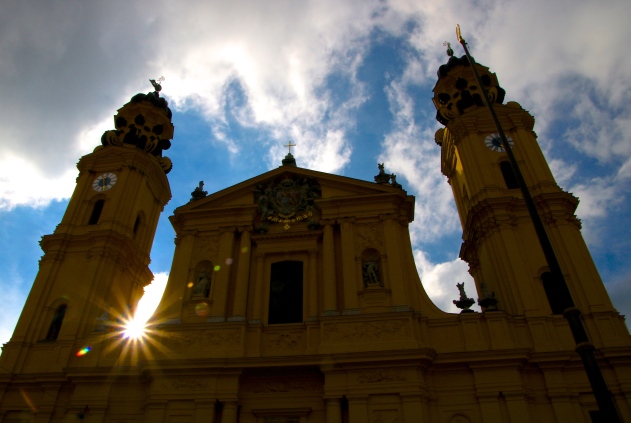 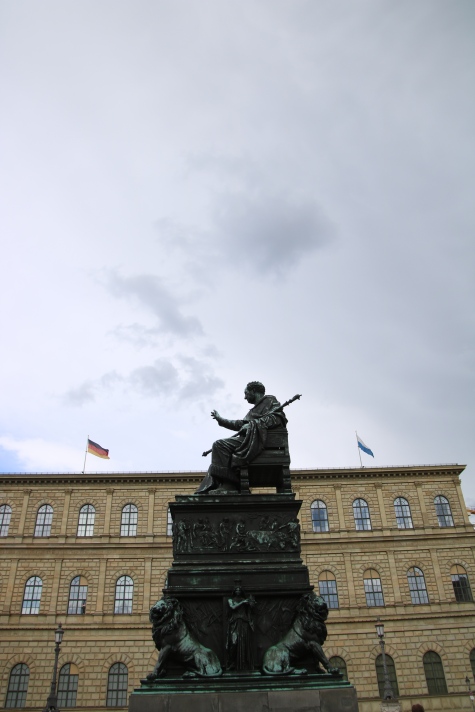 Maximilian I statue and The Residenz in Max-Joseph-Platz.

A good end to a good day at Maximilian.

A farewell to Munich, one last look.